Welcome to Hogwarts school of witchcraft and wizadry. Get soted, go to classes, earn points and detention, roleplay and have fun!

I'm not going to give you homework or something, but just know the main-characters of the phoenix. Have a nice day!

by the way, this is a phoenix: 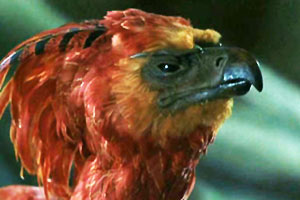 That is qutie wonderful Proffessor.

"I know, it's one of my favorite magical creatures" I answered.

pepper2sanne wrote:"I know, it's one of my favorite magical creatures" I answered.

Proffessor, why do pheniox tear heal any scar when someone get hurt or is bleeding at the movement and its tears can heal most things?

"Why? Do you know why unicornblood can make you immortal? I don't think so... Me neither of course" I answered smiling. "There are not a lot of things known of this creature."

pepper2sanne wrote:"I know, it's one of my favorite magical creatures" I answered.

Proffessor, why do pheniox tear heal any scar when someone get hurt or is bleeding at the movement and its tears can heal most things?

"I hope it's not a too dissapoiting answer" I said carefully

"It is known to be a mythical multi-colored bird of Arabia, with a long history of artistic and literary symbolism, the Phoenix is one of a kind. At the end of its five-hundred-year existence, it perches on its nest of spices and sings until sunlight ignites the masses. After the body is consumed in flames, a worm emerges and develops into the next Phoenix"

Fawkes is an intensely magical creature, possessing a number of incredible magical abilities, the precise extent of which are unknown. Phoenix tail feathers are suitable for inclusion in some wands; Fawkes himself provided the feathers for both Lord Voldemort's and Harry Potter's wands. Whenever Fawkes dies, whether by violence or of old age, he bursts into flame and is promptly reborn out of the ashes as a baby phoenix. As an adult, he is about swan-sized and possesses magnificent red and gold plumage, but infant stage Fawkes has the appearance of a newborn chicken and in his geriatric stages he has dull, limp plumage like a "half-plucked turkey".

Fawkes heals the wound with his tears. (Phoenix tears have healing powers.)

well thanks for sharing but I think that I'm the teacher here...

"well off you go, up to you next lessons

" I said and closed the door after the last student left.